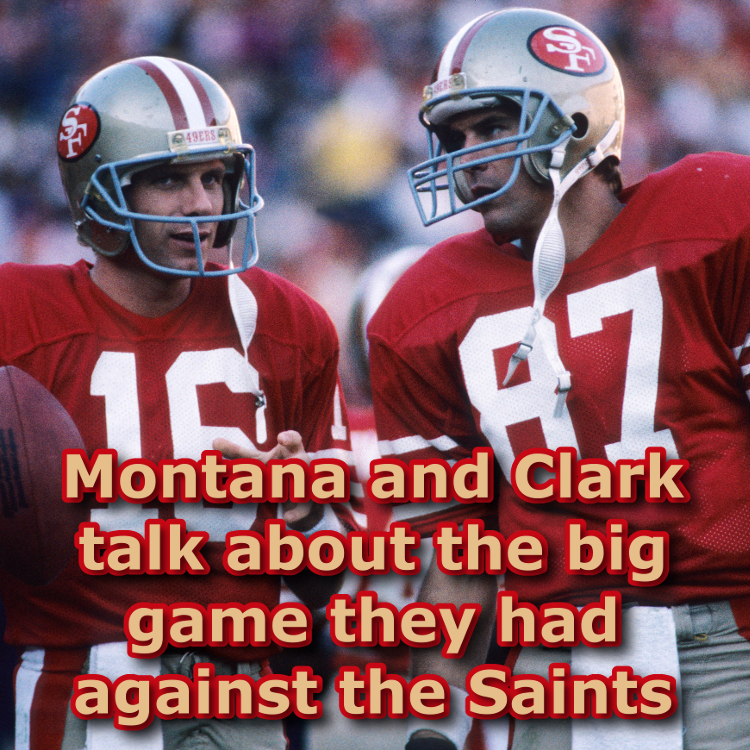 Dwight Clark, wide receiver for the San Francisco 49ers, went off in Week 1 to the tune of 321 yards, scoring all three of his team's touchdowns in its 24-21 overtime win over the Saints. It's the second-highest receiving total in TLL history, and possibly the first of many big games for Clark this season, whose 49ers don't have a whole lot else to look to on offense.

The fNFL counterpart of Clark will, of course, always be remembered for "The Catch," one in a series of named plays that have peppered NFL lore. Others include "Ghost to the Post," "The Drive," "The Immaculate Reception," and "The Time Buddy Ryan Punched Kevin Gilbride in the Face for Running a Stupid Offense."

I'm sure you've seen the play itself, and there is no question that it's a thing of beauty. When I was a kid, I had a made-up football league; I made up stats for all the players, and I drew pictures of them in game action. These pictures always represented the most amazing things I'd seen watching football. My running back picture was a copy of Walter Payton leaping over the line for a touchdown. My wide receiver - that was Dwight Clark, leaping in the air to catch the ball by his fingertips. If you haven't seen the play, here's a good breakdown of it:

It's a great catch, but the context is what makes it remarkable. Thing is, Dallas was a better team than the 49ers in 1981. A lot better. They were supposed to be going to the Super Bowl to win the one they lost to the Steelers in 1978. Dallas quarterback Danny White had long been groomed as the successor to Roger Staubach and had had a fantastic season. This was supposed to be his time to ascend. And even after Clark's touchdown with just :58 remaining on the clock, White put his team in position to win in Staubach-like comeback fashion. He hit Drew Pearson on a post route that looked destined for the endzone. Eric Wright was the only defensive back in the vicinity, but he trailed Pearson by a few yards. I couldn't find video of the play, but the tackle Wright made was one of the greatest I've ever seen. He closed the gap, leaped with fingers outstretched, and got Pearson by the back of the jersey, bringing him down at the San Francisco 40. On the next play, Lawrence Pillers shed his block and got to White, forcing a fumble that sealed the victory for the Niners.

White would never lead Dallas to the Super Bowl. The Niners would beat the Bengals a couple of weeks later, the first of their four titles under Joe Montana. Clark would be present for two of those, leading the team in receiving yards for five consecutive seasons between 1979 and 1983. But it seems he'll always be remembered as the guy who came before Jerry Rice, just like Danny White will be remembered as the guy who came after Roger Staubach. The story of the 1981 NFC Championship game brought them both together.