Lynn Dickey, the starting quarterback of the Green Bay Packers the past two seasons, was promised by coaches and the 'higher ups' that they were going to seek out an elite wide receiver to assist him come 1978.  It has been thought by the top brass of Green Bay that Dickey's woes are not solely his fault.  "We need to help Lynn out.  I'll admit the league is changing- the pass game is opening up.  We did fall a bit behind in that regard.  I told Lynn that," said general manager Ulysses Upstein.  Dickey has seen his fair share of troubles through the 1976 and 1977 seasons, as have the Packers as a whole.  In that time span Dickey went 154/334 (46%) with 19 TD and 17 INT, while the Packers have won just five games.

Enter 1978:  The Packer brass made good on their offer, delivering WR James Lofton in the first round of the draft.  However, in Week 15 of the '77 season Dickey was cast out of the game with a concussion.  The first thing that came to Dickey's mind?:  "More time to rest."  Dickey insisted afterward that he was just having fun, making light of a frustrating situation.  Not long, though, after clarifying his statements, Dickey was told by team doctors that not only did he suffer a concussion against the Chicago Bears, but he also had several broken bones in his left leg.  Dickey recalls:  "I was so woozy I didn't even notice."  Game footage reveals Dickey walking off mostly on his own accord, leaning on the shoulders of two trainers, as he slowly left the field.  "I was shocked," Dickey admitted.  Dickey's situation went from bad to alarmingly worse.

Early February 20th- the same day as the TLL77 Super Bowl- Dickey went in for further evaluation on his tattered left leg.  A severe hit by Chicago linebacker Doug Buffone, resulting in a concussion and a broken leg, didn't keep Dickey down as long as the news he was about to hear.  Dickey immediately froze and sank, sitting on the trainer's table, then driftingly laying down, after a team doctor broke it to Dickey that he would most likely miss the entire 1978 season.  "It seemed like I laid there half a day," remarked Dickey.

Dickey went into a deep depression, wallowing in his misery.  "I was in a bad space man.  I'll tell you, my whole world was spinning. I didn't know what I was going to do, but then just the other day Dave (Packer QB David Whitehurst) came by to see how I was doing.  He asked me, 'Hey Lynn, didn't you do some sideline reporting before?'  Dickey said he paused.  "It was as if I didn't hear what words he spoke at first.  I sat there motionless.  I broke to when Dave says to me, 'Lynn, what the hell are you smiling at?'  See, I didn't even realize I was smiling until Dave pointed it out."
Lynn has no intention of drifting off into obscurity. Not yet anyway.
"Yes I was, Dave.  Yes I was.  Yes-I-am." 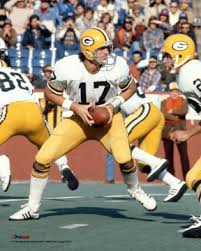 It's a rare thing to say that a team misses Lynn Dickey on the field. Known more for his power rankings than his quarterbacking prowess, Dickey has had a dubious TLL journey. However, in 1980 Dickey had played well up until his first quarter shoulder injury against the Chargers in Week 3.

Dickey's injury brought David Whitehurst into the starting role, with Bill Troup, the improbable single game passing leader, coming in as a backup. Combined, these two quarterbacks comprised the worst combination of quarterbacking ATTs the league has seen this season. On the TLL Week 4 podcast coach cheapcatch thought the Chiefs game was one the Packers could win under normal circumstances, but toting out Whitehurst and Troup is anything but. Cheapcatch went on to say that he thought the Chiefs would win the game on the strength of the Packers abysmal duo.

Come late Wednesday night, cheapcatch's nightmarish prediction rang true. Troup's magic was bottled up on the sideline all game, while Whitehurst threw more interceptions (3) than completions (2). The Packers would lose the game by a single touchdown, 17-10, despite losing the turnover battle 4-0. Whitehurst was White-wurst, and upon Lynn Dickey's return David should skip the player's bench and start finding a job at White-Castle. 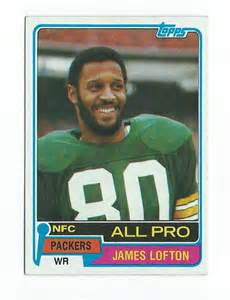 James Lofton wasn’t far behind the efforts of Steve Watson, gaining over 200 yards receiving himself. Lofton scored both Packer touchdowns in a tight 14-7 win over the Rams. Unlike Watson, Lofton has been doing this for years, coming into the league as one of the best wide receivers. Now in his fourth season, Lofton is well on pace to eclipse the thousand yard mark for the third time in his career. 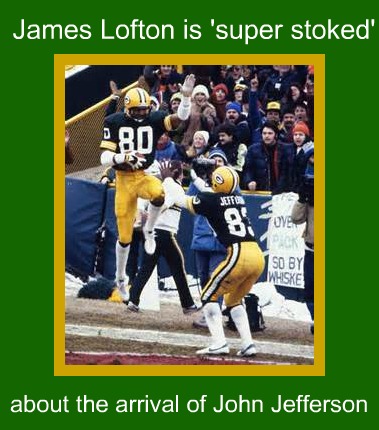 As reported earlier Lofton said he, ‘prayed with all his might that coach cheapcatch would not draft the Packers.’ Well Lofton got his wish, as after week 1 he already has over one-fourth of the total receiving yards he had all last season.